Well not quite, that's actually a fib. 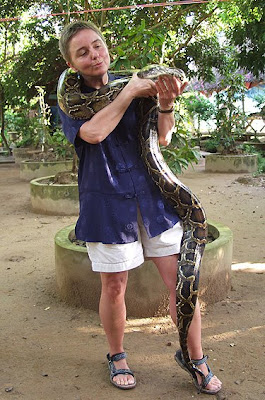 But he is an awfully big snake, and could easily have swallowed me whole, if he fancied a snack. Yes, this could have been me.... 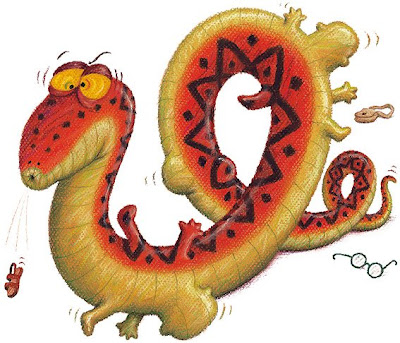 The photo was taken in Vietnam, and I have to tell you, he weighed a ton! He was perfect inspiration for Class Two at the Zoo, featuring our red and yellow friend above. Here's the python again, in close up (he's the scaly one): 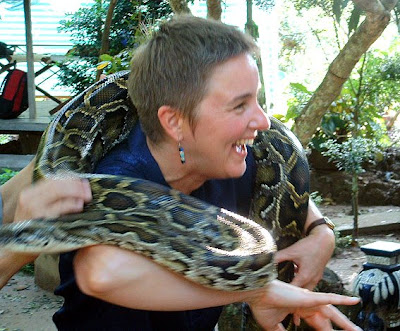 I spent a couple of weeks travelling around Vietnam about 3 years ago, and would thoroughly recommend it, because the people were lovely, but mostly because it was a visual feast.

I embarked on a bit of an experiment, and left my camera behind, in favour of a sketchbook (ok, John had a camera, so it wasn't so bad). I always sketch when I'm away, but this was different. Normally, when you only have 5 minutes to spare, you take a photo but, because I couldn't, a did a very quick drawing instead.

I filled two fat sketch books and, though I say it myself, by the end of the fortnight, I'd got really good!

If you want to see more sketches from this trip, click here or check out my other travel sketchbooks.

It was tricky sketching, because elephants lurch back and forth the whole time. And of course everything was constantly moving. 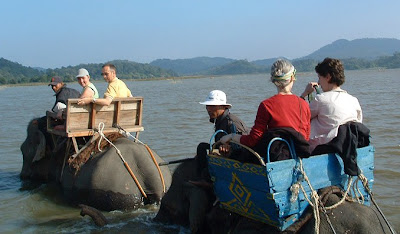 We didn't think too much of it when the elephants started to paddle into the lake, but were amazed when they kept going. The lake turned out to be very wide but not very deep, and the elephants waded right across and out the other side. This was taken by a friend. I am the one on the front elephant, in the cap.

What a fantasic experience that must have been!

Yes, the whole trip was fabulous. I loved the fact that in Vietnam, even the most everyday tasks were done differently, so everywhere you looked was fascinating.

The snake experience was in the Mekong Delta.

Elephants are so gentle and very careful about where they put their feet down.

Dave and I had a long ride on the back of a huge one in Thailand. It took us up a steep rocky hill that had a terrific drop to my side. I was terrified at the way he rocked us from side to side, I thought I would be catapulted out and down that drop!

We were so high on this tall elephant that we had to duck to avoid the tops of trees! We also nearly ran into the biggest spider I have ever seen whose web spanned from one tree to the other. We have this spider on video along with my terrified voice saying ‘ please, please, please, Oh No no no’. Over and over again’.
Tina

Oh my goodness - that sounds AWFUL!! I know what you mean though, I remember from central Australia how massive spiders were slung between the trees, so you had to keep to the paths. I think I would have fallen off the elephant in my panic!

I love your comment about elephants feet though - I had forgotten that. So careful and gentle for such a massive creature.

Good for people to know.

You've convinced me - I'm going to Vietnam! Thanks for posting these drawings and photos, they're lovely.

i love his pix 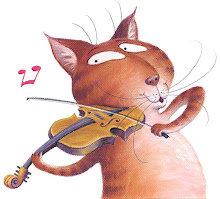 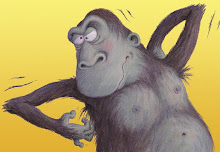